It’s well known that I’m a big fan of stripped-down, old school rock ‘n’ roll. So when I heard Wanda Jackson was coming to the Great American Music Hall here in SF, I bought tickets immediately.

The show was last night. Wow. Seriously – wow. What an incredible show. Wanda kicked ass. Her voice was on. Red Meat did a great job of backing her up, too.

The awesomeness of this show is certainly a commentary on the simmering cauldron of weaksauce that is modern “rock ‘n’ roll” but that could de-emphasize how much she rocked. Let me say it again – Wanda Jackson rocks. I’ve seen a LOT of shows, and two things stood out for me:

It turns out I’m not immune to a bit of nostalgia, either. I almost teared up when she talked about how Elvis inspired and encouraged her (a young country-western singer at the time) to try this new kind of music that they didn’t even have a name for yet.

So here are some crappy iPhone pictures from the show. I wish they were better, and I hope they convey at least a little of the awesomeness of Wanda. Angelica and I had a hell of a time. 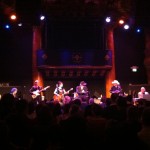 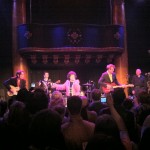 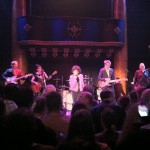 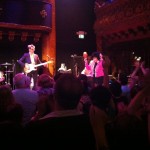 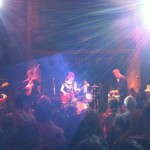